(पहला भाग)
The issue of language is in much currency of late in India, as indeed it is in many parts of the world which are opening to globalisation. Not just any language, but the language that will take India forward, enable it to face and conquer the world in this great age of global and globalising technologies, markets, corporations, economies, services, knowledge, talent and opportunity. And the great chorus rises up, reverberating throughout the English media and its captive consuming class – it is English.It is one sure currency the rising, shining India has that will smoothen the way of her onward march to becoming a world power. It is the key to growth, to the realisation of the dreams of the suddenly globally ambitious Indian middle class.

Apart from the much feted and now feared Indian brain power, it is the educated Indian’s facility with and easy mastery of English that everyone agrees is the critical important strategic advantage India has over many other developing countries, particularly China.

Therefore, as every parent who can earn or borrow enough scrambles to send her children to an English medium school, as ‘Saint Vivekananda Public School’ and its like sprout faster than paan-shops on crowded roads, dirty lanes and in every mohalla worth its salt throughout the length and breadth of the country, as English-speaking training centres and language institutes and courses and products flood the booming vocational education and career market, increasingly shrill and strong voices ring out – make English India’s national language, promote it with all your might, let every child and her parent have access to English education at the earliest possible age, unleash her talent and thus let us all achieve our individual and national nirvana। Through English.

Anyone who dares do otherwise beware. You will be criticized, hounded, and worst of all, ridiculed. See what happened to the poor Karnataka Education Minister. He took action against some 2000 schools that were using English as the medium of instruction when they had obtained permissions to run them on the promise of having Kannada as the medium.

The entire English media went after him as if he had committed treason, questioning his and his government’s wisdom, ridiculing him and all those who would still in this day be stupid enough to promote Indian languages over English, calling them jingoistic, medieval minded morons blind to the benefits of English for a globalising India. They were simply jeopardizing the future of the children of these schools. How could anyone in his senses deny them basic education in English?
The pressure and ridicule brought to bear on the Karnataka government was so much that it had to reverse its decision. Why, even the West Bengal government has had to swallow its high cultural affectations and forced to have English as a medium of instruction in basic education instead of Bangla.Now don’t get me wrong. I am not against teaching English in primary schools. I am not against the language.

I am a student of English literature myself and have spent close to a decade as an English journalist. I am fully aware of the benefits of proficiency in English in a country where speaking English well and using all the mannerisms, behaviors, mores, attitudes, knowledge and access that come automatically with it give an instant comparative advantage to any individual and group. I am also aware of the comparative advantage it gives the country as a whole in all walks of life globally.


It makes me proud that some of our companies are teaching English to the Chinese and Indian teachers are teaching English in England as well as the US. The continuing string of global literary successes Indian or Indian-origin writers is a matter of justifiable pride for every Indian. The almost daily headlines of Indian companies listing on the New York Stock Exchange and the NASDAQ, taking over companies almost all over the developed world looking to win global markets and more and more Indians featuring on the lists of the rich and powerful and glamorous, and more and more Indian thinkers, academicians, scientists receiving global recognition and rewards – these are all very heartening developments.

The problem, briefly stated, is this English is further dividing this. country- socially, culturally, educationally, politically and economically. While growing numbers of English-educated young Indians get better access to knowledge, opportunities and skills important for success, it is denying these very things to over 90 % of Indians who know only their own languages. It is not English per se that is doing it. It is its status and social perceptions attached with it that are the problem. It is the exclusive and exclusivist, almost proprietary relationship English has increasingly acquired with power, access, knowledge, skills and social prestige in governance, business, academics and the professions that is the problem.

Talent, of all varieties, is born evenly distributed, knowing no boundaries of region, class, caste, economic status or language. How it blossoms, however, depends on the environment and nurturing and opportunity it receives. While it makes me happy to see English-educated urban children, including my own, marching ahead in all fields with the unbounded confidence that comes when talent and aspirations meet opportunity and enabling environment, it breaks my heart to see the terrible social disadvantage, inferiority complex, plain discrimination and not-so-subtle disdain non-English speakers suffer in their own country.

Ask any Bihari student of Delhi University. She/he may be infinitely more, or equally at least, intelligent, hardworking and ambitious but she faces a daily disadvantage if she has had a largely Hindi education. There are no good books on major subjects in ‘national language’ Hindi, classroom lectures and notes are all in English – both making comprehension difficult. 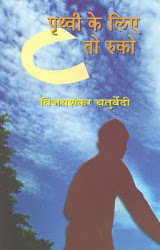